“we shall be free; the Almighty hath not built
Here for his envy, will not drive us hence:
Here we may reign secure, and in my choice
to reign is worth ambition though in Hell:
Better to reign in Hell, than serve in Heaven” – Satan, Paradise Lost

Life is language; and there is a point when you learn a new language -whether it be Italian, MySQL, The Palestrina, or the use of a quarterstaff – that you feel click in the back of your skull that changes everything. This click pivots the jumbled chaos of syntax, movements, prosody, inflections, genuflections, gesticulations, gestures, rules and reasons into something meaningful. An onrush of clarity. You see the invisible hand guiding all those moments that were once chaos and gain the most powerful invisible force of all: understanding. The language has not changed though: you have.

It is with that thought, that I review Paradise Lost: A Movement Collective’s latest performance: Enough.

At this point, my status as a fanboy for this group is well established. So my thoughts on the quality of the piece are self-evident: it’s great. The choreography, the music, the flow all work magnificently. A Propos of my fanboy status, I have gained a modicum of understanding on the art of narrative dance, to my benefit; but you don’t need a background in dance, or theater to enjoy this piece, thanks to a number of factors that make this group so special. The good kind of hurt, in particular.

But, I’m getting ahead of myself. The story is simple, and potent: Noah (Matt Kyle), a homosexual boy meets another boy – Justin, played by Artistic Director Tyler Catanella – at a party, and spends one spectacular night of intimacy. The hitch? Justin is both closeted, and in a relationship with Kate (Taylor McMahon). As a result – and some rumors that ensue, and Justin’s rejection – Noah finds himself ostracized, bullied and pushed to the limit. Pushed closer and closer to the edge by both others, and worse,  himself until he’s had enough and decides to end it all. Fortunately, Hope (played by Cassie Samuels) saves the day, literally and figuratively, and Noah comes to accept himself, and moves on, accepting that he doesn’t have to fight who he is, to exist. He is enough.

The fact that I’m able to sum up the story in a paragraph is fantastic. Simplicity is the source, and companion of complexity; and, to go with a now 2 year long running pun, the devil is in the details. I will never tire of that one guys, sorry.

…shitty humor aside, this piece is subtle and sophisticated not in spite of, but because of the harmony of simple premise and design, paired with complex execution.

That harmonic tension is everywhere: the set-design presents a minimalist canvas on which to paint detailed strokes: Six Light columns, a Scaffold, and some additional overhead colored lights play against this tightly focused personal drama.  The story follows a conventional three-act structure, and at no point does the story confuse you with its movement or beats. The story and theme are straightforward.

But then we have the interplay of Choreography and Narrative and Music, all written and maintained by Peace Pilgrim, a.k.a artistic director and evidently artistic-swiss army knife, Tyler Catanella. Each of the above pieces feature precise, subtle interplay that keep it tight like a Miles Davis jam, but never call attention to themselves. All done with Dialogue in absentia: The ultimate simplicity, that makes everything difficult.

As a guy who’s paid to put words together in sequence, and is a generally verbose motherfucker, I cannot stress enough the importance – and power – of silence, simplicity and blank space. I have always appreciated the strength of this group’s use of it. The way it’s never a void, or an abyss, but equally rich in the tapestry of the stories it tells. Further, their understanding of Narrative increases each and every time I see them perform, and that silence grows increasingly vital to their voice.

With the above in mind, this piece has the most functional Choreography I’ve yet seen by them. I was there for the premiere of the initial version of Enough 2 years ago; and despite the intensity of that initial performance, the narrative was sometimes lost due to mishandled silence and a shorter length. This time around, I was constantly able to follow the track of the story, despite the expansion of the story itself, and more detailed Choreography; with more moving parts and players, over a longer time. The scenes of being at a party, felt like a party; the contractions of large scale dance numbers with the whole collective, and more intimate character interactions flowed like a river. The acting was a part of the dance. The movement was the story; the dialogue unnecessary

The result of all that is unexpectedly harmonic in other ways: emotional resonance. 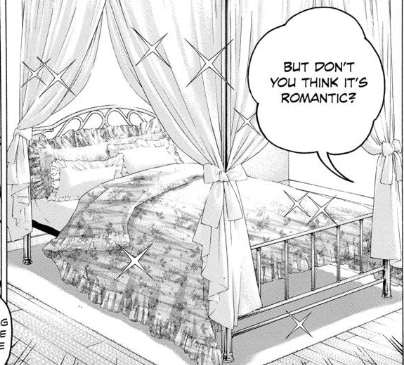 Hi hi hi, and welcome to my read-through of Bakuman Chapter 75: New House and New Series in which we talk about […]

Today, we discuss the Resolute Acceptance of Death and we ask which way is the right way forward: Pander or Keep the Faith? Find out in this read-through of Bakuman Chapter 41.

Today I make up a new term, and get excited over forward motion in today’s read through of Bakuman.

Today, everything is stiff with both Assistants and Story. How will it be overcome? Find out in this read-through of Silence and Party