I’ll just let that image sink in for a moment.

What is it with personal stakes in sequels? The formula’s success is not a product of the action; at least not totally. It’s about the characters, to be a total monster of a cliche for more than  a hot second.

I swear, my sentences can’t just be straightforward; they have to be armond white-contrarian motherfuckers.

But I just watched John Wick Chapter 2 (2017), which is pretty long overdue. I love the first movie so much, so I was pretty damn excited. And I agree with my go-to’s for film critique: Chris Stuckmann and Jeremy Jahns: it was good, but the motivation wasn’t.

Let’s talk about fucking motivation. It’s one of those things we often forget about while pursuing them. That sentence make sense, I swear.

This goes into the concept of entropy, which I find fucking fascinating: for any thermodynamic system, there is a measure of uselessness. It’s this chaotic bouncing of particles in the form of heat and disorder. It’s all those villains in all your favorite movies. That terrifying edge of chaos that you fight all day erryday in your attempts to be a human. Those urges that make us what we are, but we resist to the death, because entropy and disorder – the unknown – are scary.

Entropy takes many forms, and in the case of sequels, and their ilk, it’s often in the form their magic system, the unreal, the non-. For Wick it’s having the magical power to royally fuck your shit up with a gun to the head, making you ten kinds of splattered.

When the motivation is simple, but emotionally rich, like dog-murder, the fact that he’s so terrifyingly competent has an explosive edge to it. The fact that he can somehow take out the entire russian mob like it’s fucking nothing is just Point A-Point B, but you buy it too.

Now with his Bona Fides established, the movie manufactures a situation that puts him back in the shitter. It works, mostly, and it fits pretty squarely on the “Trilogy as Three-Act Structure Fractal” axis. But the motivation is weak, it’s not his. The reversal of the situation makes his unreal abilities less compelling, less edgy.

And that’s a really important point when going into Entropy: entropy is chaos in art. It is magic, and sex, and those unknown things lurking in the corners. Once the magic is given rules; once the magic is tameable, it instantly loses its hold. Jason Voorhees is much more interesting as a creature of shadow.

And that goes for all things that lurk in the dark. Entropy thrives on our ability to manufacture terror within ourselves. When we don’t know, we create and expand. We make the shadows appendages. Instead of being a vaguely immortal joke with a hockey mask, Jason is this…thing…this unknown quantity.

And it’s terrifying how vital entropy is to the entire human premise. Cause here’s the thing about thermodynamic systems: entropy can’t not exist within them. Double negatives, bruh, I gots em.

The entire reason we discovered entropy was to have a reason for useless heat energy. We couldn’t just be like…yo, that shit over there is pretty fucking useless, oh well. We had to find a reason. We had to pull the shadows out of the shadows. We had to expose it to the light, like some ironic asshole on the internet who makes shit-posts about shit-posts, or something even more overtly worthless on its face.

But the weird meta-fact about entropy is that even though we know it, we still make active efforts to subdue it. Have you never read The Tao te Ching, science-y physics folk?

Considering the modern party line for physicists re:religion, I’m gonna say nah, but even so, for shame, modern physics.

Entropy is the yang to order’s yin. You don’t get rid of it; you don’t try to make it more efficient, you embrace it. You let it exist on the fringes and be useless…usefully.

Uselessness has a vital function in Taoism. Lao-Tzu once told his disciple Wen-Tzu about how Sages act like a gnarled ass tree, and that shit was fucking profound.

Lemme ruin it for y’all.

Basically the parable goes like this: Trees that are all beautiful, and hyper-interesting, a perfect 10 on the tree scales. The one’s you ogle on the street, and admire their ass as they walk away, then immediately feel guilty for being a straight perv…those fuckin’ trees, you know? Those trees are seen by everybody, they’re conspicuous and everybody loves them. Then you have this other tree, total fucking troll: gnarled roots and shit, looks diseased, the kind that you feel guilty for for looking on in pity, because you’re making horrible assumptions about its character or life.

So according to Lao-Tzu, the tree that’s beautiful…more importantly useful, is the less ideal state. The reason is beautifully simple: it gets used up instantly. That shit is going to be cut down in one hot second to be some fucking plank, or even worse, some kindling for a fire. Because it’s so desirable it’ll be exploited and abused to death.

But the old gnarled fugly tree, no one thinks its valuable, it’s useless to them, so it gets to be a tree as long as it wants. It just gets to be, it gets to eat and live and be. But ain’t not fucking lumberjack gonna come and fuck up its shit: because it’s useless on the outside.

And that, ironically, is useful.

When you use everything, you get wrung out, and then you’re useless. If you act and are somewhat useless, you get some longevity, you get the mercy of a long, peaceful existence. So Lao-Tzu says: be a gnarled fucking loser, because you can enjoy life.

So what’s this gotta do with John Wick 2? Well, nothing, really, and everything. But I think if we had some better motivation on Wick’s part, then the movie’s motivation would rule.

There was a flood of emotions this evening. I hadn’t expected it. It took the form of the last page of a […]

Let me tell you about fractals. Fractals are a writer’s best friend, and our first stop on this little ride called theme. […] 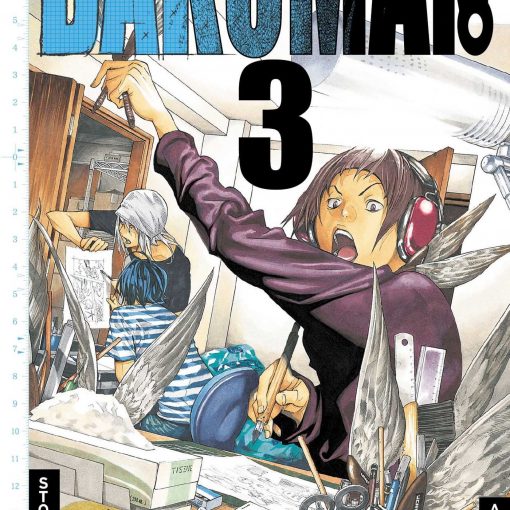 Answers are dead things. They look like decaying corpses, covered in cobwebs; accruing dusty and decay; desiccation and destruction. And, like everything […]