Vanishing Twin takes its name from the condition of Fetal Resorption, of which Lead Singer Cathy Lucas’ twin suffered. What that is, is during gestation, a miscarried fetus will be absorbed into the living twin in whole or in part. In the case of Vanishing Twin – one half experimental music group, two halves dadaist time-travelers – this represents a core ethos of the blurred lines of our increasingly sidereal world.

Vanishing Twin are my favorite kind of thematic . They are an amalgam of obvious influences pulled distinctly from different time periods with expert precision. They are named for a rare condition which could be interpreted as Jungian by way of ISKCON. And, they sound displaced in time.

Their philosophy is one of un-delineating the dream shadows of the other world, and bringing it into one’s conscious self, to reflect the ever shifting pluralistic chaos of the modern world. A series of broken mirrors made of metadata swirling chaotically across the ether of time and breaking down in its stew.

On The Age of Immunology – their latest album – they bring this philosophy of pluralism and non-dualistic resorption to bear with music that feels confined to the wrong era, perpetually searching for the shores of styles long gone on dead ocean’s under a crimson sun. As a result, the record is a lush, oneiric experimental album, that feels beautifully displaced in aesthetic time; and it is definitely worth examination and scrutiny.

But first, who is Vanishing Twin?

Formed in 2015 – with the Lucas’ own Vanishing Twin as inspiration – they released their first LP in Choose Your Own Adventure in 2016, and a follow-up EP Dream by Numbers in 2017.

The sessions that would constitute this record came from Magic and Machines recording in 2018. Recorded in a variety of spaces, the album is a refinement and expansion of previous efforts.

Meshes of the Afternoon: Age of Surrealism

The first time I listened to this record, and on every subsequent listen, I’m struck by twin influences: surrealist aesthetics – y’know the originals like Andre Breton and Luis Bunuel, not the vague term we use for weird shit these days – and the musical influence of classic electronic music a la old school Stockhausen aleatoric compositions, the works of Louis Theremin, and, by their own admission, Krautrock masters like Can and Neu!; but also dream pop, jazz, and musique concrete. et. alia.

It feels like Maya Deren’s classic 1943 Avant-Garde film Meshes of the Afternoon, which is conveniently linked here.

Surrealism is the art of psychic automatism, as outlined in the Breton’s Surrealist Manifesto. Deren’s vision is at once a granular chaotic musing on death and inevitability; but with the spontaneous vivacity of childish youthful short films. It is an immediate, crazy piece, and I love it dearly. The image of Death and Randomness is a permanent imprint on the grooves of my mind, and the standard by which I measure the psychic automatism of other artists.

This album feels like that film. Vibrant and spontaneous and deathly.

With its naked oscillators vibrating out some funky old-school 60’s electronic over somnambulent drum patterns and thick staccato strings I melt into a dream space. The spontaneous spirit of Meshes of the Afternoon, Nadja, and the entire Surrealist movement pours through with each weird awkward smooth jazz bounce and sway. Or a Stereolab inspired electronica running under the surface

True Surrealism, in Production and Sound

And I mean that in the truest sense. Just like the recording of the album itself, the automatic feeling of life that surrealism seeks is baked into this record’s. From the opening jazz inflected “KRK (At Home in Strange Places)” to the 60’s as fuck track “Magician’s Success” with its bisou/bisou/bisou-Nico/La Dolce Vita lilt, the album is at home in that antagonistic space of the unseen.

It feels like grainy black and white stock and existential horror. I hear Jack Nance’s haircut dancing against a field of darkness as the synthesizers drops an old-school 70’s cult film vibe. A woman’s eye gets cut and then transform into a cow’s while ants crawl out of a hole in the assailant’s hands. Donkeys pull a piano with a dead body. Jean Luc-Godard is an asshole to his audience in breathless. Fellini is self-indulgent.

The compositions immediately evoke the playfulness of that bygone era but they are bolstered by modern production. With all the modern loudness and production, the sound is full to bursting like some overripe fruit. That overripe fruit contains some razors in it as well, slightly and intentionally imperfect, which keeps it mired in that sense of surrealist aesthetic.

Unity and Urgency and Timelessness

But more than the sound, is the sense of thematic urgency and unity.

The band themselves cite Dada and Krautrock as an influence. Most eminently recognizable on the centerpiece tracks “Cryonic Suspension May Save Your Life” & “Backstroke”, each of which have that Neu! and Can vibe, but found littered throughout the records hypnotic sounds. There are additionally, less straight influences: “Planète Sauvage” could be found on a Pierre Henry composition – with some more coherence. Wise Children feels like a Nico cut.

The rhythm section pulses forward on an invisible mind track like guitar hero with drums crashing an equidistant rhythmic constant. Pushing forward and staying in place at the same time; a sensation of perpetual stillness and perpetual motion married to each other. Instead of creating dissonance, equilibrium established, one floats along in stasis.

And all of it serves a larger philosophical purpose: that of a vanishing twin. Their entire deal is that of absorption. Of one, larger, vibrant influence sucking and bringing into itself older, dead influences, taking the nutrients, and making something sable and whole.

These influences – aesthetic and otherwise – feed into a oneness. And that oneness keeps these tracks – each disparate in their musicality – from drifting off to realms unknown. A wonderful balancing act, all things considered .

These two tracks specifically embody that ethos: centered equidistantly from each other, are themselves dualistic yin and yang: Cryonic Suspension being the upbeat Yin to Backstroke’s Yang, each riding these simple rhythmic vamps up and down across the length of strings and synth. The pulse is honest and animal. This flow state permeates the record, creating a dream logic that continues across its run time.

I normally do not factor the visual art of a music group, in judging an album. But in this case the visual component feels as essential as the other components in defining this group’s whole schtick. It’s a fucking ourobouros of sound and sight. Or a Vanishing Twin, if I’m being perfectly on the nose.

I feel like we have Elliott Arndt to thank for the strong sense of aesthetic: those paper cut-out spirals like fibonacci fever dreams; the collage of eyes and hands and appendages against stark white background; the flashbulb feeling and noir lighting. The sound and visuals feed each other; the visual a re-absorbed twin to the sound.

It ties syncretically with the sound. Wild theremins on “Language is a City (Let Me Out)” and high-key bop’s like is “Magician’s Success”, the unit feels like one smooth rocket-ship of sound and sight.

I’m enthralled. This sense of visual and auditory confusion continues to hammer home this thematic consistency: the visuals being absorbed into the music like some artistic ourobouros. If this record lacked its visual component, I might not notice; but I feel that I would still attenuate its visual frequency, anyway. That sense of definition is killer.

That cohesion – both sonically and visually – all drives back to the ideas espoused in the philosophy of a Vanishing Twin acting as the embrace of the “other”. The shadow merging with the self. The conscious sense of influence from all the old-school vanguards is as syncretic as the celebration of the bandmate’s various backgrounds. From Italy, France, Japan, and America, all subsumed under the English Banner.

It is, at once, terrifying and exhilirating. To feel the loss of singular identity to be dispersed in the primordial ooze of a mother’s womb. Consumed by something larger and lost in sameness. But Vanishing Twin do not judge these facts, they simply embody them.

The embrace of linguistic dissimilarity, paired with stylistic and aesthetic chaos, but still, miraculously, unified by a sense of philosophical purpose, aesthetic integrity, and surrealistic dream logic is what makes The Age of Immunology such a compelling listen.

It’s refreshing to hear something that so instantly, and aggressively, embodies that sense of melding and cohesion, while retaining it’s distinct components sonically and visually. It creates a sense of displacement in time. The aesthetic and sound from bygone eras brought into modernity, but not willingly. Screaming and futile and angry.

Vanishing Twin have crafted a compelling record that manages to execute its morbid medical theme in a universal, timeless way, that invites re-exploration, dissection, and resorption. They’re lost in time aesthetic is timeless. Buy it with monies and explore it further to give these guys the attention they deserve.

Support them on Social Media via their Facebook Page, or buy their Album off Bandcamp. Or visit their Website.

In Window and Snow we take a look at one of my favorite characters being shonen as hell.

Fuck, it got hot. There is something about summer suddenly rushing onward, without any consideration for what’s here; summer rushed because it […] 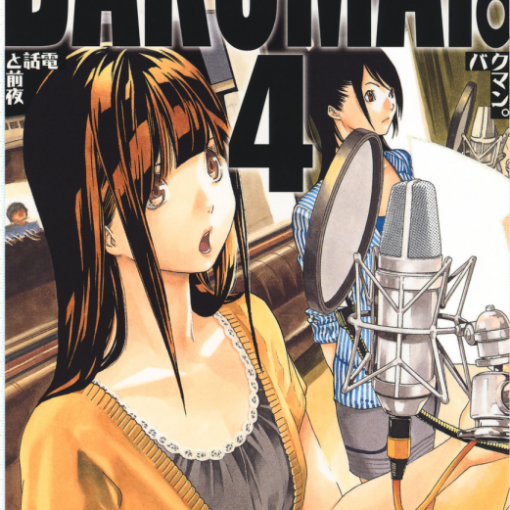 Did the boys finally do it. Really? Let’s find out in today’s read-through of Bakuman Chapter 34: Pursuer and Pursued.

In Chapter 31, Tuesday and Friday, I wax poetic about metafiction and kishoutenketsu