That song is rock solid I tell you what.

Here I am again, talking to air; and it feels…well, I don’t know yet. I’ll have to let my thoughts meander to the random corners and voids that have collected dust to let you know.

Run-on sentences, I got em.

I guess I should question the wisdom of posting what amounts to James Joyce’s process of recording the minds of his characters in a public space, when it could be such a private experience. But I also like singing in front of others, so perhaps a question of wisdom is the wrong thing to put forth.

I really appreciate Leigh Butler’s blogging; and not just because I steal her writing style a little more than liberally. If it was possible to accuse one of plagiarizing tone, I would most certainly be guilty.

But I think she’s a great blogger. I heart her Wheel of Time Re-read, and then super Meta re-re-read (oh dear) quite a lot, not least of which because it’s amusing and chaotic and not a little unlike my favorite stream of consciousness writer, except with significantly more intentionally cute manic-pixie-dreamgirlisms than is appropriate by some people’s standards.

I imagine her voice to be some kind of i’ve-just-drunk-way-too-much-coffee-let-me-enthusiastically-tell-you-about-it-in-far-too-much-detail-with-far-too-much-cute high pitched (it is not); and I like that it is self-consciously shameless. Paradoxes and self-awareness, I’m trying not to steal too liberally.

But most of all, I appreciate her ability expound on the topic about which she is writing as if she were recording a video.

She writes with the mellifluous quality of speech. Which, if you don’t know, is very difficult to mimic in writing. And before you tell yourself “nuh-uh” — I always imagine a tiny little guy going “Hey Eric, you’re wrong cause I said so” – let me explain.

Real speech is hella difficult to emulate because it’s so goddamn hazy and repetitive and obnoxious. I know every film student from Full Sail to UCLA thinks “I want my dialogue to sound like real humans talking” but no, fuck that, that’s fucking stupid.

Because when you talk in real human speech, you sound infinitely stupider. There are uhms, there are ah’s, there are incomplete thoughts. It repeats itself unnecessarily. It’s uhm, it’s kinda, well it’s kind of redundant, and this redundant it’s also a bit stuttery, and you see, sometimes, well, I don’t know, it has filler words, and improper grammar; and it kinda just goes on, I don’t know, and there are uhm, there are, hmmm, there are a lot of pauses and it can get kind of muddled and yeah, I mean, you kow, you listen to human speech all the time, you can uh, you can -what was it? – you can sort get where I’m going with this what do you call it? Form and function?

That shit up there is OBNOXIOUS. Almost as obnoxious as spelling in anything in all caps, or spelling things in ALL CAPS AND UNDERLINING IT. And even more annoying than that is when you nail fuck a point into someone’s brain with aggressively self-referential material.

But if I’m shitting so hard on real-life speech, why do I like Leigh Butler’s impersonation of it?

Because she got the flow.

It isn’t real speech. It is very consciously unreal. But it has the feel of being lowbrow eloquent. I don’t consider lowbrow a dirty word, either.

Leigh butler manages to sound like your friend at the bar, who is enthused about their latest interesting discovery. She sounds as though she is telling you her opinion in the most honest, slightly loopy, and slightly a lot way. It has the quality of being unaffected, and very cognizant of it. It’s a curlicue of diagramming, and it’s relieving to read.

And it’s how my own voice sounds in my head. Despite the fact that, regularly, I’m monotone, and somewhat lifeless.

There is a richness to the imaginary timbre and pitch of her word ship; on the masthead is some reference to TV Tropes that feels intimately familiar, and also enlightening. This gift for self-referential behavior also allows for – circumspect and circumsomethingsomething – genuine recognition of faults, or errors in thinking, without ever being genuinely upset over the act of being wrong, or potentially incorrect.

Have I ever mentioned how much Academia tends to set me off in a white-frothing rage?

And academics would be the first to rebut this argument with a well reasoned – and unintentionally malicious – deconstruction of all the things I am intentionally overlooking in such a grossly generalized perception of the academic system.

But de rigeur of academia is the problem. It allows for no error. Not really. It’s the difference between theory and practice.

Leigh Butler – and the generation of bloggers who steal liberally from her style of writing *cough* – don’t have to be right to make a salient point. They just have to make the point nakedly, and with a sense of honesty, and perhaps minimal editing.

There is no moral requirement for me to explore my hatred of academia, or acknowledge that it is almost certainly an incorrect assertion; against which myriad evidence can be proposed in opposition.

But I’ve dealt with too many academics who act like the above for me to grant as much credence to it. As it turns out, anecdote isn’t plural for data, but it is a lot more compelling, for sure.

But when I have the opportunity to sound like a self-effacing, self-referential, highly insecure, slightly a lot person, with nothing to say, and I make a point, it’s a diamond. When an academic writes a word polemic against whatever they’re currently angry about, their brightest assertion is dust.

So, listen to the War on Drugs

Chapter 20: Why transitions can be wonky, and the benefits of mainstream manga. 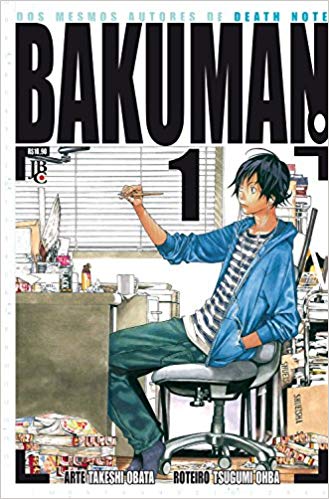 Today, I found a website about found grocery lists. There truly is something for everybody on the internet. It’s right here, by […]